The History of Bubble Tea

The History of Bubble Tea

Bubble tea was invented in Taiwan during the 1980’s and their rich culture in both tea and food make it the perfect birthplace for bubble tea.  Taiwan (not China!) is a small island with a population of about 23 million people.  Despite it’s size it has established itself as an exporting powerhouse and is home to big companies like Acer, Asus, HTC, Giant Bicycles and was once the leading semi-conductor producer in the world with over 90% of all laptops being built in Taiwan in the 90s and early 2000s. 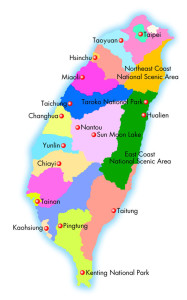 Without a doubt, the history of bubble tea goes back to Taiwan.  The only questions is, who actually invented bubble tea first?

Two tea shops claim the fame to inventing Bubble Tea: The first takes places in Taizhong, this is a city in the middle of Taiwan (Taizhong 台中，literally means Tai middle).  Ms. Lin Hsiu Hui from the Chun Shui Tang (春水堂) Teahouse claims to be the first one to add the sweet taipioca balls (bubbles) to some milk tea during one of the tea house’s meetings.  Everyone loved the drink and they began selling it in their tea shop which then spread quickly across the island.

The second story occurs in Tainan, a city in Southern Taiwan (Tainan 台南, literally means Tai south).  Here in the Hanlin Tea House, Tu Tsong-He added white tapioca balls to his milk tea.  The white appearance made the tapioca balls look like “pearls” and were subsequently called “pearl milk tea” which is a literal translation from the Chinese is 珍珠奶茶 (pronounced zhēnzhū nǎichá).  Tu Tsong-He then switched to the black tapioca balls that are more commonly seen in traditional Taiwanese bubble tea.

So who is the rightful inventor of bubble tea?  No one can know for sure, but either way it’s clear that bubble tea has gained worldwide acceptance and isn’t going away anytime soon.  Many big franchises in Taiwan have been opening stores abroad such as 50Tea, Gong Cha, Kung Fu Cha, Chatime and more.  This is making bubble tea more mainstream and many entrepreneurs are recognizing this opportunity.

Why is it called boba tea?

Bubble Tea or Boba Tea is what most people call milk tea with tapioca pearls (boba) in the bottom of the cup. However, the “bubbles” in bubble tea actually refer to the bubbles that are made from shaking tea.  When the tea is shaken it creates bubbles  (泡泡 paopao in Mandarin Chinese).  So while bubble tea is technically the name for the bubbles on top of the tea, here we’ll be talking about the tapioca pearls or “boba” at the bottom of the tea.

Bubble tea is quickly becoming one of the most popular drinks in the world.  The main ingredient is tapioca which is used to make the “bubbles” or boba on the bottom of the drink.  Next, ice and milk tea are shaken together and then poured over the tapioca pearls.  Finally the tea cup is sealed with a sealer machine and a fat straw is used so that you can suck up all the bubbles!

Good bubble tea all comes down to good tapioca pearls or boba.  But how can you make sure that your boba have that perfect blend of chewyness and sweetness without being mushy and too sweet?  Try our recipe below for how to cook the best tapioca pearls!

Now that your boba is ready, it’s time to make your milk tea.  Most bubble milk tea can be classified into two categories.  One that uses fresh milk and one that uses a non-dairy creamer or a flavoring powder.  Fresh milk bubble tea is usually made by mixing chilled black ceylon tea with milk in a 50/50 ratio.  You can also substitute black tea for green or oolong tea but black ceylon tea is the most common.  One you mixed your tea with fresh milk you can pour them over your cooked boba and enjoy!

Flavored bubble tea is also extremely popular and is usually made by using a 3 in 1 flavoring powder.  To make this type of bubble tea, you just need to mix your flavoring powder with hot tea or hot water until it dissolves.  Next add ice to your drink and shake for 8 seconds.  Once your tea is properly shaken it’s time to pour it over your tapioca pearls.   Click here for recipes!

The Futue of Bubble Tea

Now that we know the history of bubble tea, let’s see where it’s headed!  Today bubble tea can be found in over 50 countries in the world and has been increasing in popularity everyday ever since it originated in Taiwan in the 1980’s.  Many franchises that originated in Taiwan have expanded to other countries and are making history of their own.  Google trends for bubble tea searches have been increasing every year and according to Allied Market Research the Global Bubble Tea Market is expected to reach 3.2 Billion by 2023!